Here are a few of the standout new features in Windows 11: Android apps will be coming to Windows 11 via the Amazon Appstore, which will be accessible from within the updated Microsoft Store. There were a couple of ways to access Android apps on Windows 10, especially if you had a Samsung Galaxy phone, but this will make it native. (Note that Android apps will not be available upon the initial release of Windows 11.) 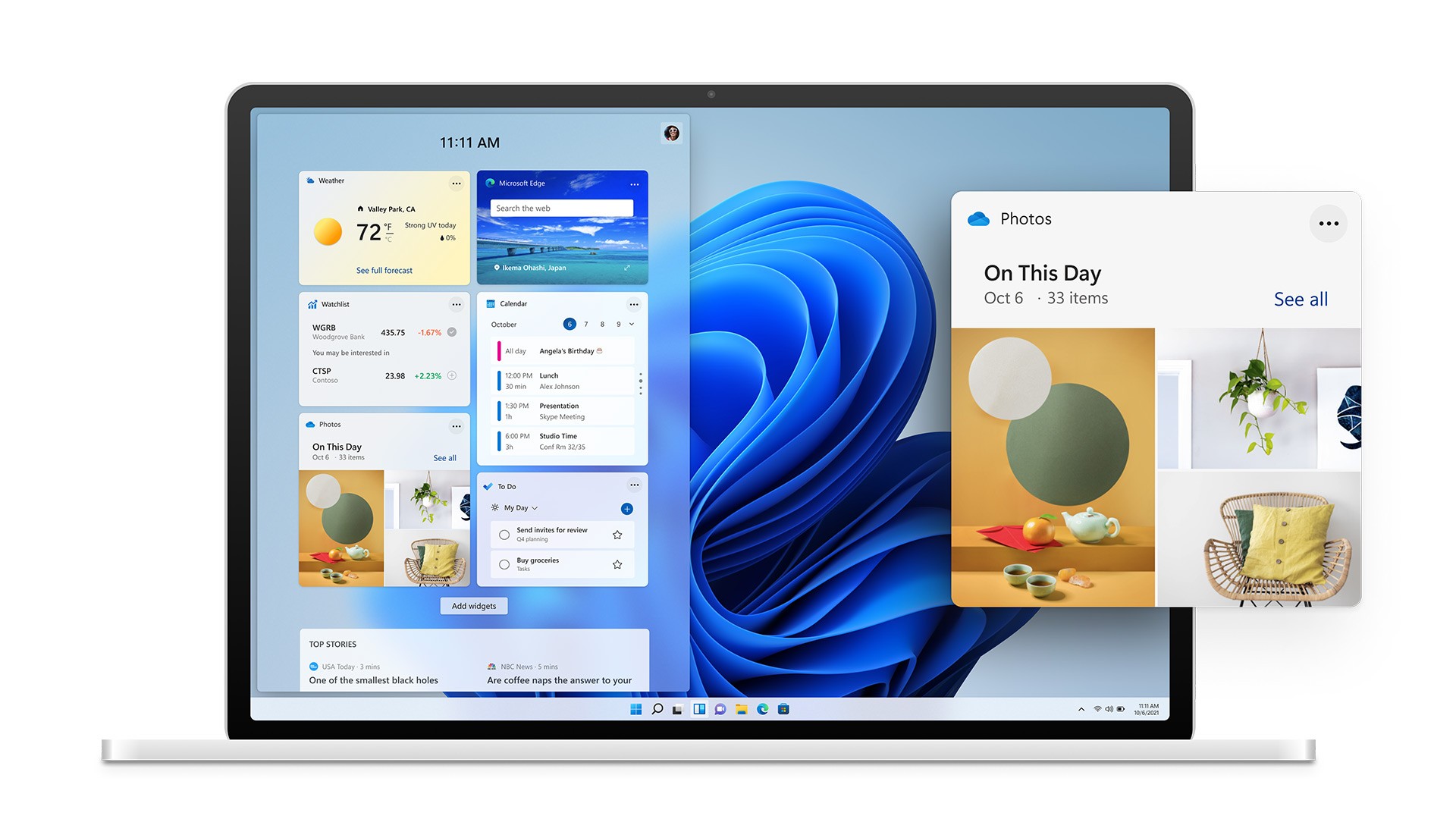 While they’ve been around for a while (remember desktop gadgets on Windows Vista?), including in a recent Windows 10 update, you can now access widgets directly from the Taskbar and personalize them to see whatever you’d like.

Teams are getting a face-lift and are pinned on the Windows 11 Taskbar, making it easier to access (and a bit more like Apple’s FaceTime). You’ll be able to access Teams from Windows, Mac, Android, or iOS. 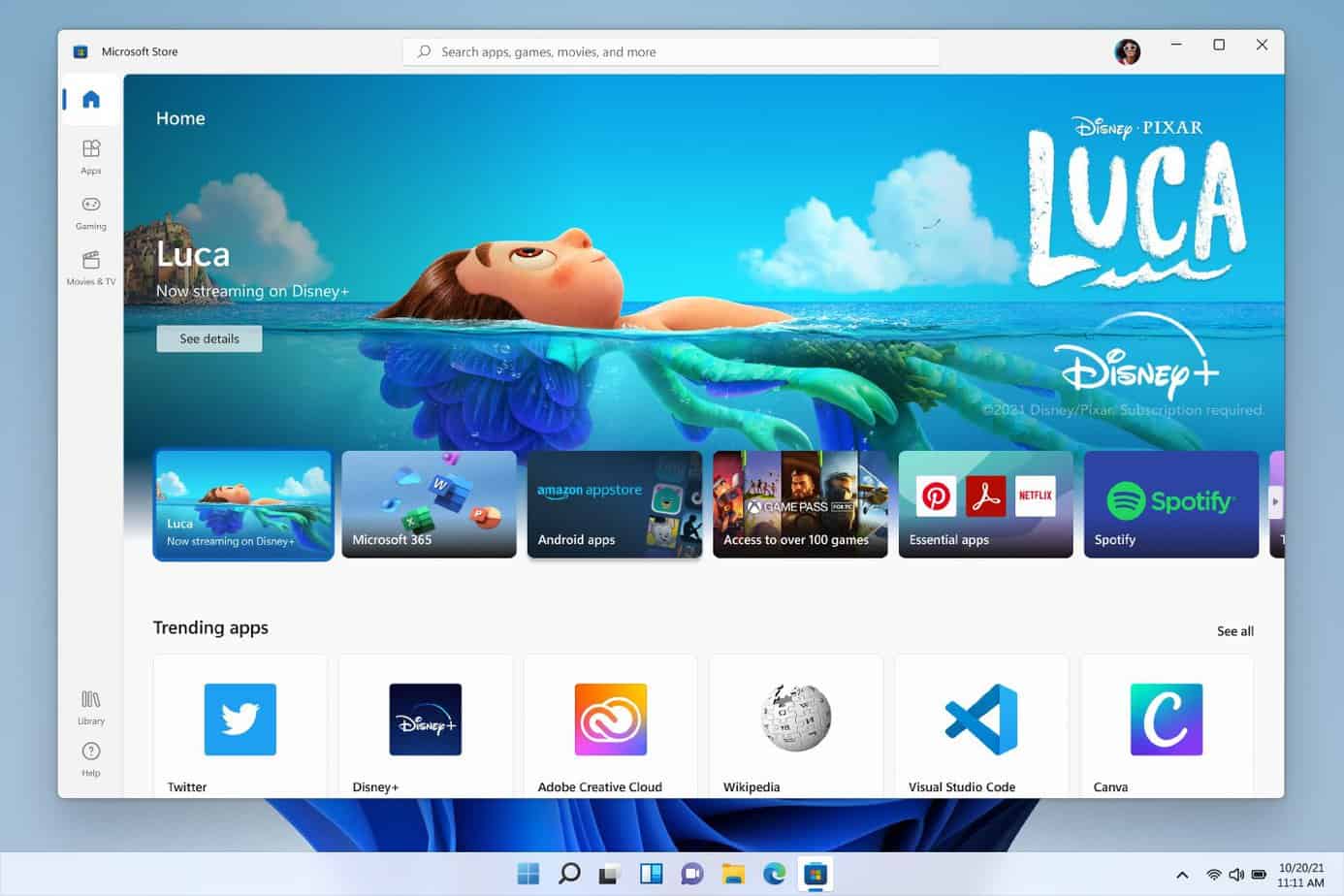 Windows 11 will get certain features found in Xbox consoles, like Auto HDR and DirectStorage, to improve gaming on your Windows PC.

Windows 11 will let you set up virtual desktops in a way that’s more similar to macOS, toggling between multiple desktops for personal, work, school, or gaming use. You can also change your wallpaper on each virtual desktop.

7. Easier transition from monitor to the laptop, and better multitasking.

The new OS includes features called Snap Groups and Snap Layouts — collections of the apps you’re using at once that sit in the Taskbar, and can come up or be minimized at the same time for easier task switching. They also let you plug and unplug from a monitor more easily without losing where your open windows are located.